Cue up the cowboy music! 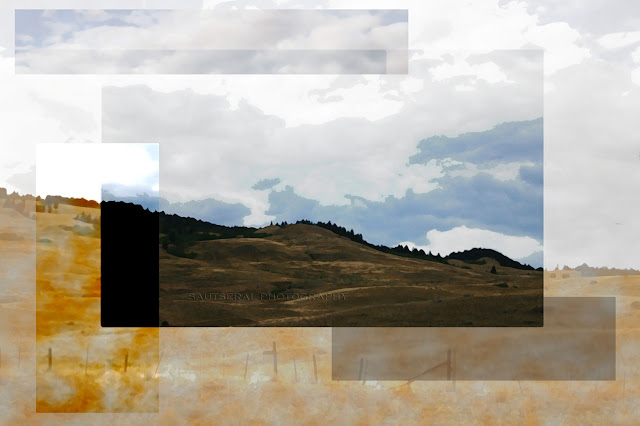 A Photographic Respite from Winter

Although our white Christmas is over, the snow and the cold are not over and most likely won't be for some while - a good time to stay inside and play with photo layers! And to create some pictorial respite from the cold. 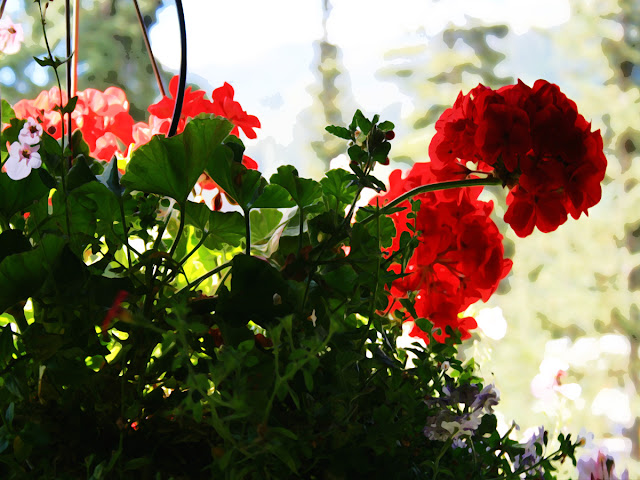 because we have too much of this 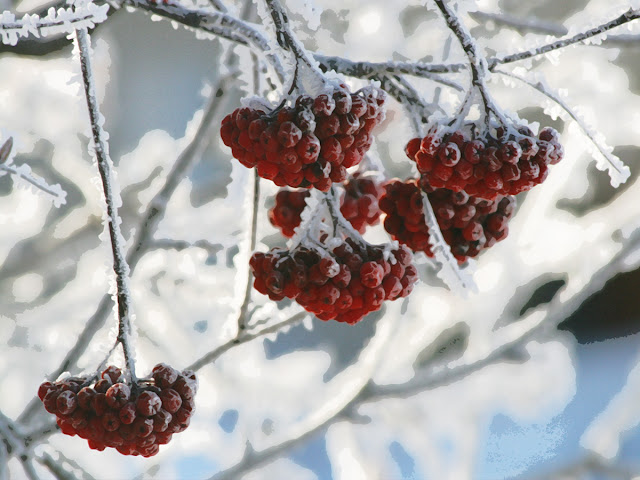 Happy New Year, everyone!
Posted by ChrisJ at 2:20 PM 8 comments: Links to this post

Margaret Wente, in The Globe and Mail, raises the issue of women in science from an economic and political perspective. She asks whether "Gender Parity Trumps Excellence in Science?"

The assumptions Wente makes in this article are quite staggering.

First, Wente's entire premise - that we should give up gender politics and not fund gender parity because we need excellence in science -  is based on what is not in a report done by experts!

"Nowhere in the entire 252-page [Strengthening Canada’s Research Capacity: The Gender Dimension] report is there an inkling that anything but men and culture might be to blame for this sorry state of affairs. Nowhere is there any speculation as to why this gender imbalance exists in every developed country – including those with better child care. Nowhere is there a hint that one reason more women aren’t entering these fields is that maybe they don’t want to ... Yet as far as this report is concerned, it’s all about discrimination – both subtle and systemic. The authors – all senior academics, with some gender-studies experts – also claim that the feminization of science and technology would be a very healthy thing."


Wente dismisses the findings of the entire report for being "as dated as the shoulder pads [she]wore in 1982" and bases her claims, rather, on the speculation that women don't want such jobs (and takes the writers of the report to task for not doing likewise!).

I have discussed the argument before that women simply do not choose jobs in certain areas of science and IT,  regardless of the opportunity to do so - the claim implies or outrightly states there is something inherent in women's genetics that are responsible.

A 2008 article in the Boston Globe by Elaine McArdle argues also that women simply do not want to work in the hard sciences, that the gender gap there is because women "self-select" other careers, mostly involving people.

The McArdle article is better argued than is Wente's but still does not really address the depths of discrimination in many societies. McArdle cites stats from countries in which women's legal rights  to job choice do not result in more women in certain fields.

To me, the fact that women need legal guarantees in job choice screams volumes about the still-extant depths of discrimination. If the choices were so rosy and easy, why legislation?

Discrimination - probably of the kind cited in the report Wente castigates -  exists and acts on females from cradle to grave; it is so ingrained it becomes normal.

Imagine the work involved in becoming a top-funded researcher in one of the hard sciences - the years of study, the financial drain, the restricted social life, the subsequent years of experiment and publishing. Hard for anyone, male or female.

Then add to all of it ongoing discrimination - the articles on the role of women, on the biological clock, on the reduction of excellence in science, on the resulting slip in reputation and economic clout that Canada will surely suffer, on the claim that women don't really want these careers, and add in discrimination in school (my stepdaughter in grade three was told that girls don't really "do" math when she wanted to enter a math contest), in the wider media,  and generally in society - and no one should  be surprised that women don't want to entertain that battle.

And don't forget the glass ceiling, the difficulty getting hired, the derision of men who currently hold such jobs or would like to.

Wente claims that it's mostly an economic issue - our money would be better spent strengthening our competitiveness in certain fields:


"Canada desperately needs to strengthen its competitiveness in the so-called STEM fields – science, technology, engineering and mathematics. Unfortunately, adopting the recommendations in this report would be a giant step back. In effect, Dr. Marsden and her team want to dilute our research efforts by politicizing the way the money gets handed out. For example, they want more money to go to younger and more junior academics (so that more women will be eligible)."


Just how will we "dilute our research efforts" by funding younger and more junior academics, and more women? Those now working in the STEM fields won't be there forever, just as their research will not remain current. Surely, we increase our competitiveness by drawing on the brain power in our whole society and planning for the future.

Last, Wente throws out the spectre of China and India, overtaking us because they supposedly don't concern themselves with gender parity - "That’s not what India and China are doing."  Fact is, they are!

India has a scholarship program precisely to encourage more women to enter into or return to science and technology. It's a federal program run by the Ministry of Science and Technology. A Google search "percent women scientists India" also turns up a vast number of position papers and professional organizations in India with the goal of gender parity.

China is even further ahead. In 2010, nearly 37% (36.91) of all jobs in science and technology were held by women. The Chinese government has scholarship programs to encourage more young women to become scientists - applicants in every region can apply for a scholarship of roughly the equivalent of $12,000 US.

If China and India best us in research, perhaps it will be because they are attempting to draw on the brain power of their entire population, male and female, regardless of ages-old discrimination against women.

Wente may have ditched the dated 1982 shoulder pads she used to wear; she should also ditch the dated  and outmoded attitudes.